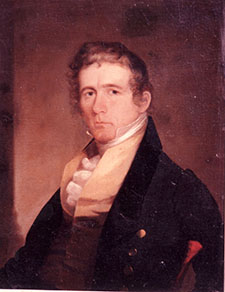 August 16, 1825 ratified treaty between the United States government and the Kansa Tribe for the rights to survey, mark, and pass through their land while surveying what became known as the Santa Fe Trail. Signed by President Adams on May 3, 1826.