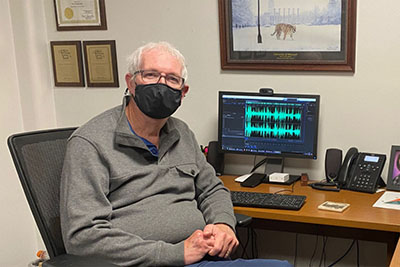 Dr. Shenika Harris has been at Lindenwood since 2014, and she primarily teaches courses about Spanish language, Spanish culture, and bilingualism/multilingualism. She has a BA in Psychology and a BA in Spanish from the University of Missouri-St. Louis, a MA in Spanish from St. Louis University, and a PhD in Second Language Acquisition with a minor in Spanish from the University of Wisconsin-Madison. She enjoys teaching others to communicate in Spanish, helping them explore the diverse cultures of the world, and helping them understand what it means to be a bilingual/multilingual individual.

Dr. Maite Núñez-Betelu earned an M.A. In Comparative Literature from West Virginia University and a Ph. D. in Romance Languages from the University of Missouri-Columbia. She is a Professor of Spanish and teaches courses in Spanish language, culture, history, and literature. She specializes in contemporary Basque women writers, but her research interests include Basque and Hispanic culture as well as contemporary women writers of Spain and Latin America. Other areas of interest are children's literature and crime fiction.

Dr. Justine Pas earned a Ph.D. in American Culture from the University of Michigan. Her research interests include American ethnic literature, literature of the Holocaust, and translation studies. She has been published in domestic and international scholarly journals as well as in scholarly volumes dedicated to translation theory and practice. She has also earned awards for teaching, including the 2014-2015 President’s Scholar-Teacher Award at Lindenwood University. Her most recent publications include "The Politics of Relay Translation and Language Hierarchies: The Case of Stanisław Lem’s Solaris" and the "Foreword" to a memoir about surviving the Holocaust by Hava Ben-Zvi titled We Who Lived: Two Teenagers in World War II Poland.